We make glasses at affordable prices using your own optical prescription to produce a high quality finished pair of glasses that you will love wearing. We promise to use only high quality frames and lenses to ensure you enjoy the comfort — fit and vision! 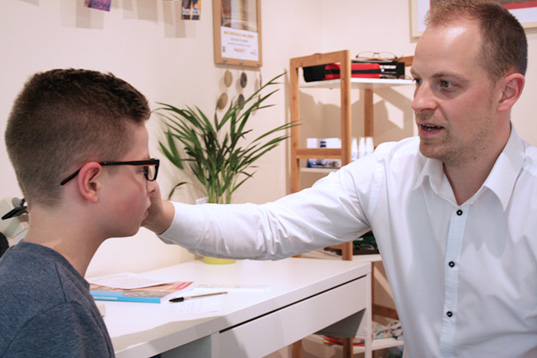 Kieran has been working in optics since 1996 and qualified as a dispensing optician in 2001. He worked for local independent practices until setting up RYCO Optics in 2007.

In recent years Kieran has joined the Addenbrookes Eye Clinic setting up the first dispensing service of its kind within the clinic; where he has specialised in paediatric and low vision dispensing.

Kieran’s skills as a dispensing optician and lab technician have been fully tested in his work as a volunteer for Vision Aid Overseas in outreach and vision centre installations projects in Africa and India.